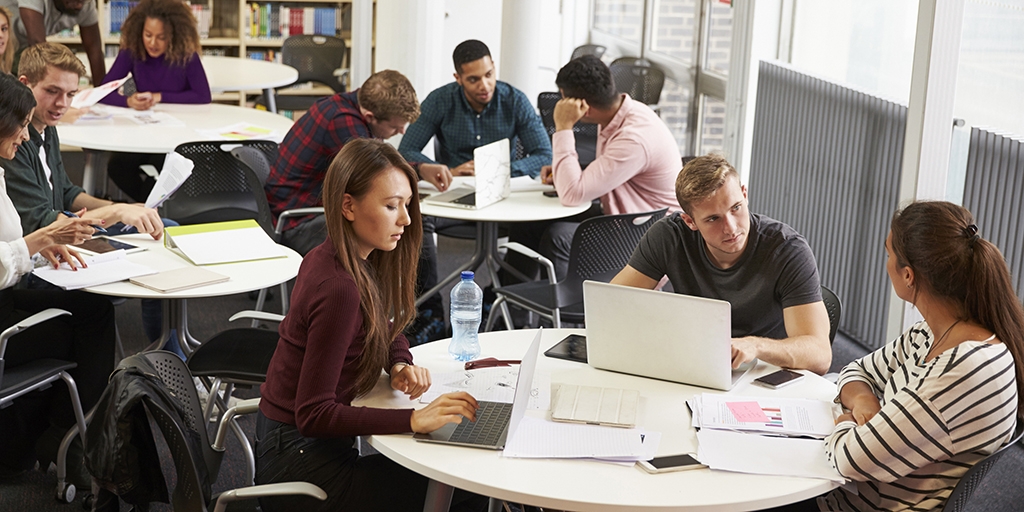 We are living in a time of substantial curricular reform at community colleges. Multiple approaches are being tested and used to try to increase what have traditionally been low course pass rates and low graduation rates. Nationally, the three-year community college graduation rate is only 38 percent, and the six-year graduation rate for bachelor’s degree students is only 67 percent. It can be confusing trying to distinguish between all of the curricular innovations taking place. This post discusses three such approaches—guided pathways, the Dana Center Mathematics Pathways (DCMP), and corequisite math remediation—including what they have in common and how they are mutually compatible. Guided pathways, DCMP, and corequisite math remediation take a complementary approach to clearing the obstacles to student success, and they can be used together to provide comprehensive reform that maximizes student success.

In 2015, Thomas Bailey, Shanna Smith Jaggars, and Davis Jenkins of the Community College Research Center, published Redesigning America’s Community Colleges. This book heralded what is known as the guided pathways approach, which “starts with students’ end goals in mind and then rethinks and redesigns programs and support services to enable students to achieve these goals” (p. 16). The guided pathways approach contrasts with what the authors call the “cafeteria” approach, in which students are offered “an array of often-disconnected courses, programs, and support services that students are expected to navigate mostly on their own” (p. 3). Adoption of a guided pathways approach has been associated with increased student retention and graduation rates. For example, such an approach is at the heart of the curriculum of Guttman Community College, a college of the City University of New York (CUNY). At Guttman, first-year students’ courses are largely predetermined. Subsequently, students’ courses largely depend on their majors, which students declare during their first year. Guttman’s most recent three-year graduation rate is 46 percent, far higher than what is typical for community colleges.

The goal of the DCMP approach, developed by the Charles A. Dana Center at the University of Texas at Austin, is to ensure that “all students benefit from well-designed math pathways that are aligned to their programs of study regardless of their placement level or type of institution of higher education.” Most colleges require that students take some sort of quantitative course or courses in order to graduate. In the DCMP approach, those courses focus on the type of math (whether it be remedial or college-level) most relevant to students’ field of study. For example, psychology majors take statistics, while physics majors take courses in the algebra–calculus sequence. In this way, the DCMP approach has goals that are similar to those of the guided pathways approach but focused on math courses instead of the entire curriculum. Further, the DCMP model is designed to “accelerate student progress toward completion” and “integrate student learning supports.” Initial examinations by CAPR show that the DCMP approach significantly increases course pass rates.

Finally, corequisite math remediation is a method of structuring courses in which students who have been assessed as lacking some of the math skills they need for college-level work are placed into a college-level class but with extra support. That extra support is carefully designed to help students acquire and use the skills that they need to succeed in the associated college-level course. This has been described as “just-in-time” academic support.

Commonalities Among These Three Approaches

In all three cases—guided pathways, DCMP, and corequisite math remediation—first a student’s academic goal is determined (to graduate, to learn a certain area of quantitative knowledge, or to pass a particular quantitative course), and then a student is provided with academic experiences and supports designed to lead a student directly to that goal. Given these commonalities, it is no surprise that corequisite math remediation is sometimes a part of guided pathways and of DCMP reforms. However, these three reforms differ in terms of the sampling unit of a student’s experience—the student’s whole curriculum, the student’s overall math curriculum, or a single math course taken by the student.

A specific example illustrating how these three approaches can overlap is the randomized controlled trial of corequisite remediation that I conducted with my colleagues Mari Watanabe-Rose and Dan Douglas. The students in this experiment had all been assessed as needing math remediation, and none needed college algebra for their intended majors. These students were randomly assigned to a traditional, remedial, prerequisite course (elementary algebra) or to college-level introductory statistics with additional support (corequisite remediation). Thus, the two treatments differed not only in the absence or presence of corequisite math remediation but also in whether the quantitative course was aligned with students’ academic goals (similar to DCMP). The pass rate for the statistics course was 56 percent, compared with 39 percent for the remedial course, and three years later the graduation rate for the students randomly assigned to statistics was 8 percentage points higher than that of the students randomly assigned to elementary algebra.

Another example of how the three approaches can be applied is PRIME (Project for Relevant and Improved Mathematics Education), a project funded by the Teagle Foundation and involving four community colleges at CUNY. PRIME’s goal is to streamline and align students’ quantitative curricula from remedial courses through introductory college-level courses that require quantitative skills, including natural and social science courses. One participating institution, Hostos Community College, recently developed a corequisite statistics course that adds extra support (including algebra topics as needed) to a traditional introductory college-level statistics course. This course is being offered to those students who have been assessed as needing that extra support. As a next step, Hostos is going to combine this corequisite statistics course with an introductory college-level psychology course, providing students with even more opportunities to connect the material in the different courses and to make significant progress toward their degrees. For students who have been assessed as needing math remediation and whose majors require both introductory statistics and psychology, such a course combination exemplifies elements of corequisite remediation, DCMP, and guided pathways.

How These Reforms Promote Student Success

There are many reasons why these three approaches can enhance student success. First, evidence suggests that students work harder and are more motivated to learn material when the material is aligned with their other interests. For example, in our randomized controlled trial of corequisite math remediation, the statistics students were more likely to form their own study groups and to attend extra workshops.

Another reason that these approaches can enhance student success is that, similar to other animals, humans prefer more immediate rewards. Therefore, anything that makes the reward of graduation seem closer to students will make graduation worth more to them, and will result in students being more likely to choose to engage in actions to obtain that reward instead of choosing to do something else for a different reward (such as taking a time-consuming job for money). A clear path to graduation, with every course taking you one step nearer, makes the reward of graduation seem closer.

Guided pathways, DCMP, and corequisite remediation all (1) work backward from students’ goals in order to structure academic experiences so that they move students most efficiently toward those goals and (2) take advantage of the increased motivation that can occur when academic activities are aligned with academic interests and when students progress clearly and steadily toward the goal line. These three approaches are mutually compatible and applicable, have significant evidence supporting them, and if applied together are highly likely to greatly enhance student success.