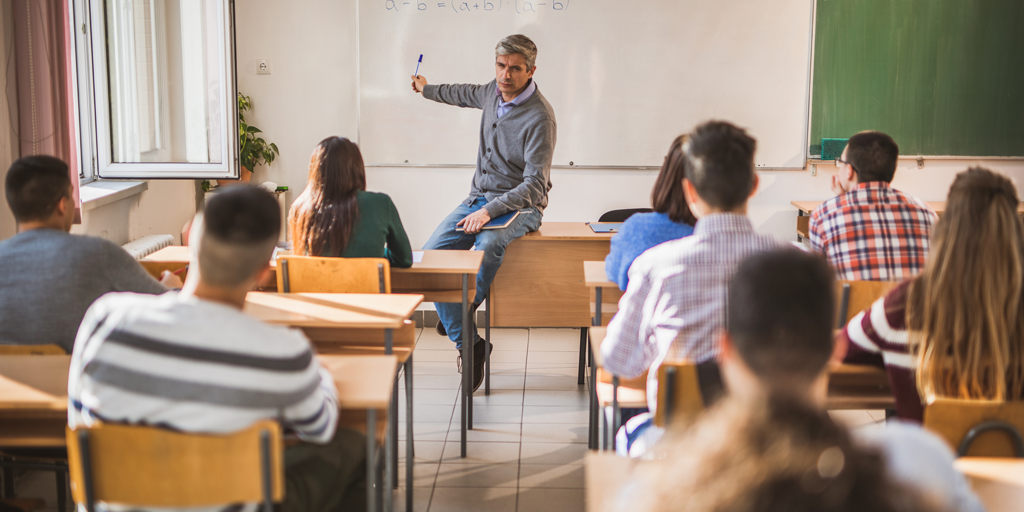 Back in 2011, the Charles A. Dana Center at the University of Texas at Austin launched what would become the Dana Center Math Pathways (DCMP) program. Acknowledging that postsecondary math requirements often did not match the on-the-job skills needed in many careers, the program was meant to separate math course content into distinct pathways better aligned with students’ career interests. At the same time, it streamlined the developmental math course sequence, which often forced students to take multiple semesters of non-credit courses before reaching a college-level course, into a one-semester developmental math course that prepared students for the college-level math in their pathway. It further pushed to update developmental math pedagogy and curricula to actively engage students in problem-solving with their peers, utilize real-life situations, and support students’ ability to communicate about their math learning.

CAPR has just released a new brief looking at the findings for students three years after they started participating in this early version of DCMP. The brief is part of a long-term follow-up study of the DCMP program which will follow students for five years. Looking at the long-term effects of the program allows us to move past initial questions about whether accelerated math pathways can help students complete their developmental math sequence and first college-level math course. It lets us see if supporting students through their college-level math coursework leads to more students meeting their ultimate college goals of earning a certificate or degree.

Success in College-Level Math But No Boost to Credentials

The study shows that students participating in DCMP were more likely to successfully complete college-level math courses compared to students doing the existing developmental math sequence at their college. Students in this early version of DCMP were about 6 percentage points more likely to complete college-level math. The study also looked at several groups of students often overrepresented in developmental courses. The program improved math outcomes for nearly all the groups we looked at including female students, part-time students, and students with low scores on math college placement exams.

While this is great news, it does not seem to have led DCMP participants to stay in college longer, gain more overall credits, or be more likely to attain a certificate or degree during the first three years. These findings suggest that this early version of DCMP was successful in supporting more students with developmental needs to succeed in college-level math, but this success was not enough on its own to help more students persist in college long enough to earn a credential.

The early version of DCMP had a positive effect on college math completion and so colleges looking to strengthen their math completion rates might consider a similar reform. While a 6 percentage point increase is meaningful, many colleges probably wonder how to leverage higher math pass rates to increase completion rates. Since 2011, the Dana Center has kept building on this early version of DCMP, incorporating new learning about what is effective in supporting students with developmental math needs. While the version of DCMP in this study included one semester of developmental math for all students regardless of their level, the Dana Center has recently been encouraging colleges to incorporate a corequisite course structure into their pathways. This structure further accelerates students’ entrance into credit-earning courses, allowing them to enter directly into a college credit course in their pathway and providing them with tutoring and other assistance as needed to help ensure success. While this change to DCMP has yet to be tested, early research on corequisite courses has shown some positive results, so colleges may want to consider incorporating math pathways with corequisite courses.

College leaders may also wonder whether all three of the reforms in DCMP (acceleration of developmental courses, math pathways aligned with students’ career choices, and changes in pedagogy and curricula to make math courses more engaging and connected to students’ lives) are necessary to bring about higher math completion. Unfortunately, the study is unable to separate out the effects of the different pieces of the reform. The program was particularly helpful to those students who tested two or more levels below college ready (they saw a 9-percentage-point increase in successful completion of college-level math) which hints at the importance of accelerating the developmental sequence, but it still may be that acceleration works best in the context of math pathways and engaging pedagogy.

The biggest question for colleges is likely how to ensure that building their students’ math completion by using these types of reforms will ultimately lead to more students completing college. This study suggests that while a lack of college readiness in math is an important obstacle to students’ college success, for many students, it is not the only obstacle. Less than one-fourth of the students in the DCMP program completed a credential or transferred to a four-year institution by the end of the third year. Colleges may need to consider reforms to math pathways as one tool in a much larger toolkit to ensure they are supporting students though the variety of obstacles they may face during college and addressing policies and practices that may hinder their success. For instance, colleges may consider pairing accelerated math pathways with multifaceted support programs that offer students academic advising, tutoring, individual career and employment services, and tuition assistance over multiple years to address not only math preparedness, but an assortment of barriers to students’ college success.