Barriers to Scaling Up Corequisite Classes and Multiple Measures Assessment

By Erika B. Lewy 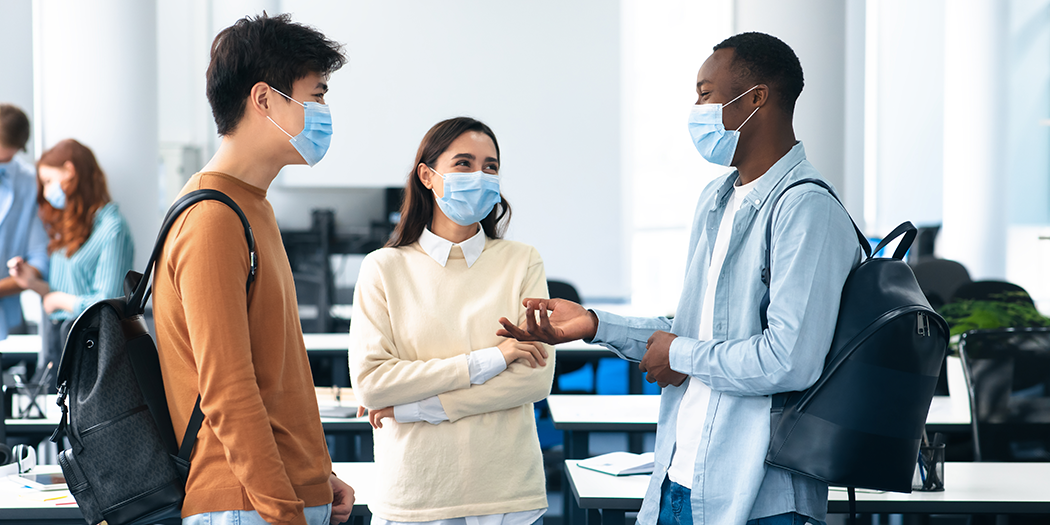 Over the past few years, several states—including California, Georgia, Tennessee, and Texas—have enacted policies that aim to overhaul developmental education programs by changing developmental course placement and methods of instruction.

Corequisite courses and multiple measures assessment and placement are two of the most popular reforms. Schools that have adopted multiple measures use metrics like high school GPA, course history, and test scores to assess student preparedness for gateway courses, rather than relying solely on standardized test scores. In corequisite courses, students are placed directly in college-level coursework (i.e., English 101, Intro to Stats, College Algebra) and a corequisite support course simultaneously, allowing them to take the college-level course faster than if they’d been placed into non-credit prerequisite courses.

In the summer of 2020, with generous support from the Education Commission of the States, CAPR explored the state of developmental education reform and how that reform was affected by COVID-19. We conducted more than 40 interviews with state higher education administrators; city higher education officials; and community college provosts, presidents, and faculty. We found that states and systems are facing significant challenges as they try to scale corequisite courses and multiple measures assessment. This blog highlights these challenges in an effort to inform state leaders about the barriers slowing implementation. These challenges include:

A shortage of human resources. Some forms of multiple measures assessment rely heavily on advisors or faculty to recommend course placement based on a holistic, labor-intensive process, and a number of the colleges implementing multiple measures assessment and corequisite courses reported not having enough people to carry out this work. For instance, in one state, some colleges didn’t have enough academic advisers to carry out placement and pulled in faculty and department chairs to get the job done.

At many colleges, faculty and administrators we spoke to felt that corequisite courses should remain small (e.g., between 12 and 22 students), which led to staffing challenges, particularly at rural colleges. For example, we heard that rural institutions in one state initially pushed back against corequisites because they couldn’t find enough qualified faculty members to teach the courses. Other rural colleges have struggled to hire adjunct faculty qualified to teach developmental math and English part-time.

Clunky registration systems and scheduling limitations. College leaders in several states reported challenges with setting up course registration systems to support their corequisite design. For instance, in a state where guidelines recommend that the same instructor teach gateway math and corequisite support courses, colleges found that scheduling conflicts led to math courses being taught by different instructors. Similarly, a college we spoke to in another state had difficulty offering the gateway and corequisite courses at consecutive times, so students occasionally had to wait an hour between sections.

In practice, colleges reported that setting up the registration system so that the same teacher taught both courses became a major headache. One college reported having such difficulty offering corequisite courses using Banner—its course registration system—that the school nearly gave up on having the same instructor teach gateway and support courses. On the other hand, community colleges in the same state that were further along in implementing corequisite courses were able to figure out staffing and scheduling. They successfully linked courses in their registration system and reported that students were able to register in the paired courses as intended.

Faculty resistance to eliminating traditional developmental education. CAPR researchers heard about initial resistance from faculty members in states that have transitioned to new placement systems and corequisite courses. For instance, in one state, faculty remained deeply divided over whether or not developmental education reforms would be successful in helping more students graduate. Some math faculty in two other states have lobbied against raising the cut scores that place students into corequisite courses because of concerns over allowing more students into higher-level math and falling pass rates. Such resistance has been particularly prevalent among STEM faculty, some of whom said that colleges could not adequately support students who have developmental needs through corequisite courses. Some of those faculty felt unsupported to make the instructional and curricular changes required by the new policies and worried that their students would not succeed.

Some college leaders have been creative in finding ways to build support for corequisite courses. To garner faculty buy-in, system leaders in two states sent faculty members campus to campus to champion corequisites. Several state leaders we spoke to had math and English faculty lead the development of the corequisite model, which created more investment in the model and may also have made it more effective at serving students.

As more states consider legislation to eliminate or radically change developmental education programs, states should anticipate these challenges and provide adequate support for colleges to navigate them. This might look like training, funding for released time, or setting up information sharing infrastructure across colleges. As states implement these reforms, it’ll also be important to identify and share lessons from pacesetter states and institutions like Georgia, California, Texas, and Tennessee to see how they handle these implementation challenges.