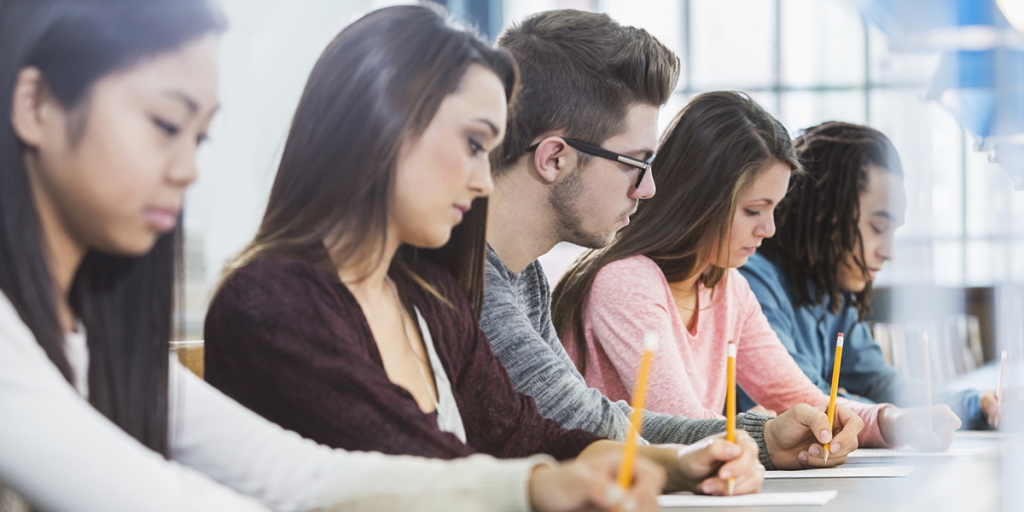 Research suggests that the standardized tests used by most institutions to place students into developmental education or college-level courses do not always accurately determine which students will benefit from developmental education or are better off in college coursework. CAPR’s assessment study was developed to help colleges improve upon current assessment practices to make sure students are placed into the appropriate level of courses by addressing two questions:

This study, initially funded for five years but extended to eight, is being conducted in collaboration with seven community colleges in the State University of New York (SUNY) system.

This random assignment study evaluates a “data analytics” placement method where colleges use multiple measures to predict students’ performance in college-level math and English courses. In addition to placement test scores, predictive measures may include high school GPA, time out of high school, and other relevant data points. Data on these measures were used to develop a predictive model, and. the colleges then determined a cut score to assign students to college-level math and English courses or developmental courses in math, reading, and writing.

A total of 13,000 students entering one of the SUNY colleges in the fall of 2016 through the fall of 2017 were randomly assigned to be placed via either multiple measures or existing placement practices. A random assignment design enables researchers to attribute any differences in later outcomes to the way in which students were placed. The students’ college performance was initially tracked for three to five semesters following placement, and the follow-up study will track students for five additional semesters, through spring 2021. The outcomes of primary interest in the first phase of the study were completion of the first college-level courses in math or English and total college-level credits earned. The extension will allow researchers to examine students’ transfer between two-and four-year colleges within SUNY and degree attainment at any SUNY institution. It will also allow for additional data collection on outcomes previously considered, including placement, enrollment, and completion of college-level math and English; college-level credits attempted and earned; persistence in college; and degree completion. The additional data will allow for more precise calculations of costs and the cost-effectiveness of multiple measures assessment and placement.

In September 2018, CAPR researchers published a report on the SUNY random assignment study with promising early findings. Notably, students placed using multiple measures were more likely to be assigned to and complete college-level courses in their first term. Though using multiple measures impacted both math and English placement, researchers found that the effects were especially large in English. All seven colleges in the study successfully implemented the alternative placement system, even though doing so was more difficult than initially expected.

A report released in 2020 followed students in the study for up to five semesters. It found that multiple measures placement allowed many more students to be assigned to college-level courses. In math, gains in college-level enrollment and completion were small and short-lived. But in English, the effects were much larger and lasted through at least three semesters. Regardless of whether they were predicted to succeed, students did better when they were allowed to start in college-level courses.

A report on longer-term outcomes from the study will be released in summer 2022.

Who Should Take College-Level Courses? Impact Findings From an Evaluation of a Multiple Measures Assessment Strategy

What Does the Research Say about Effective Placement?