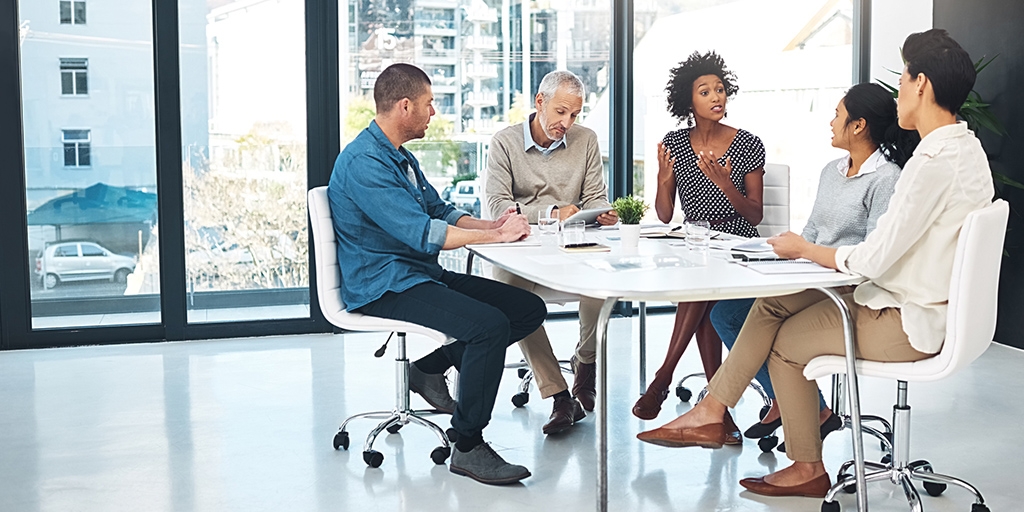 In 2014 the University System of Maryland was fortunate enough to win a four-year First in the World (FITW) grant from the U.S. Department of Education. Our project grew out of one of the most problematic black holes in higher education today—the depressingly large percentage of first-year students who end up in developmental mathematics courses (42 percent in Maryland community colleges and universities).

Developmental math placement is seen by many in the policy arena as a devastating intersection where “access” leads to student debt. If we admit students whose high school education left them with deficits in mathematics knowledge and skills, then they end up spending their financial aid and personal savings on noncredit courses and, in too many cases, drop out before they earn the credential they want and need.

In Maryland, our state legislature charged our higher education system with fixing the problem, eventually leading to an initiative to transform developmental math and to the federal grant. (At another time, in another blog, we can evaluate the sources of this situation.)

We could easily have become defensive when confronted by the high numbers of students in noncredit courses. But the University System’s P-20 Office took the state’s charge as an opportunity to bring together leaders from the state’s public two-year and four-year colleges and universities to fix the problem.

What did we do, and how did we do it?

We convened mathematics faculty from two- and four-year institutions in a statewide symposium keynoted by Uri Treisman, director of the Dana Center at UT Austin, which has pioneered a mathematics pathways approach.

Identifying a champion, a hero, a visionary who could put our situation in a national context helped us sidestep any potential “blame game.” Treisman galvanized and inspired faculty and administrators from across the state to take on the shared responsibility of fixing the problem in an intellectually responsible way. We brought together “the best and the brightest” minds in the state, and if we couldn’t figure out a way to tackle the problem, no one could.

We created a steering committee of five university provosts and five community college vice presidents of academic affairs, chaired by the chancellor of the University System of Maryland.

Leadership matters. When an issue rises to the level of the chancellor and vice presidents, levers move at institutions.

The steering committee decided they would lead the development of three math pathways, as described by Treisman:

We recruited volunteers for the three working groups, and the chancellor’s office accepted responsibility for coordinating the work through my office (the University System’s P-20 office).

Good policy depends on good input—and that must come from grassroots faculty. Without the expertise of mathematics faculty from across the state, any policies about general education mathematics would be specious at best, and potentially dangerously incompetent—making things worse, not better, in the long run.

Each working group was made up of 15–20 faculty from both two- and four-year institutions. By getting the nominations for the workgroups from vice presidents, we ensured internal communication and accountability on each of the campuses.

It’s also important to have staff support—the work needs to follow a roadmap and timeline, and that was the work of my office.

Each of the three workgroups was charged with building a framework for each of the pathways, “beginning with the end in mind.”

What does a general education mathematics outcome look like? What must all students who earn a college degree—associate or bachelor’s—need to know and be able to do? Faculty define curriculum and clarify essential learning outcomes, but does anyone reading this blog think that faculty can easily agree on those outcomes?

The critical work of debating and deliberating about what mathematics competencies all college graduates must know turned out to be the most powerful and important foundational work for our Mathematics Reform Initiative. The summer work was supported by grants and by institutional cost-sharing, which validated the efforts of the faculty.

We took advantage of the timing of the U.S. Department of Education’s request for proposals for its First in the World program.

Timing is everything, and around the time the faculty came together to work on the frameworks for the statistics and quantitative literacy courses (college algebra was already in place), the U.S. Department of Education released a request for proposals for its FITW program. At that point, not only did we have a problem to solve, but we were well on our way to building a collaborative approach to the solution.

Grant funding works well if you don’t have to twist your purposes to fit the request for proposals—and our project was tailor-made for an FITW grant. The Education Department’s Fund for the Improvement of Postsecondary Education wanted to collect evidence of the impact of change, and we had a project that we hoped would reduce students’ time in developmental courses.

We sought collaboration from two- and four-year institutional partners.

To write the grant within the timeframe of the summer work, we asked for volunteers to join us in the proposal process. The request for partners came with some strings attached. We wanted institutions that would be willing to commit to reporting their data to us and to implementing the new courses and pathways on an accelerated schedule. Our grant was only for four years, and to collect data, we needed to get courses up and running within one year, so campus curriculum committees were pressed into action.

We received 12 letters of interest: seven from community colleges and five from four-year universities. With that sample, we were off and running.

The key to the success of the initiative was the collaboration between two-year and four-year universities—agreeing on course frameworks and transferability. We needed this array of institutions for credibility and scale.

After we won the grant, we invited all public and private two- and four-year colleges to take part in the project.

When I win a major federal grant (in this case, $3 million), my first reaction is: Be careful what you wish for! The project that evolves is never exactly what was planned, and that was certainly the case with our FITW project.

As soon as we received the award, we realized that we needed to include not just the 12 partners but all the public and private two-year and four-year institutions in the state if we were to have the policy impact we needed.

While the 12 official partners are the only ones required to submit data and reports, we opened our meetings, conferences, and Dana Center consulting opportunities to all the higher education institutions in the state—we called them “FITW Affiliates.” All institutions have access to our website, where we have shared resources and webinars and open-ended conversations. They are also invited to our twice-a-year, day-long, face-to-face meetings, where teams from campuses share their work.

The motivation for this work began with a state-level concern about developmental education, and we can only address the global concern if we include all the players. And it doesn’t hurt that the Department of Education is very pleased at the deliberate scaling of the work they funded.

What have we learned now that we’re three years into a four-year process?

We learned how to leverage “bad news.” We aggressively attacked the high levels of remediation with top-down leadership and grassroots faculty engagement. We learned that faculty engagement is essential but not sufficient and expanded the project to include the advising community, because that is where students go first. We learned that changing curriculum frequently involves changing pedagogy, which opens more opportunities for reform and engagement.

We are still learning how hard it is to collect comparable data across different institutions and segments in a standardized format to make comparisons and draw conclusions. And we continue to work hard to build trust across the partners and affiliates because the work doesn’t end when the grant funding ends.

At the conclusion of our grant-supported work, we will all still be accountable to our students for putting them on the most efficient and effective pathway to personal and professional success. That work will continue, and our collaborative will be ready when the next opportunity crosses our path.

amazzariello2021-01-15T15:52:50-05:00October 30, 2020|Comments Off on SUNY Colleges Are Using Homegrown Multiple Measures Systems to Place Students During the Pandemic