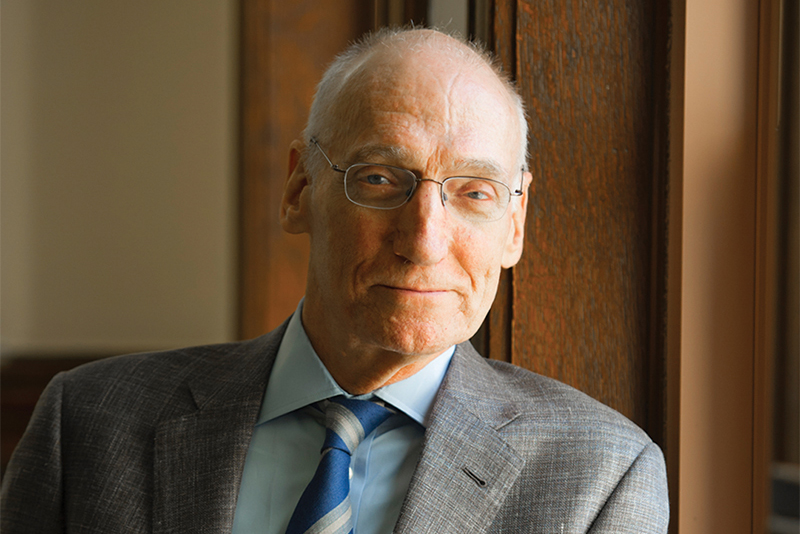 Thomas R. Bailey is the 11th president of Teachers College, Columbia University. He has served on the college’s faculty for the past 27 years and is the George & Abby O’Neill Professor of Economics & Education.

An economist with specialties in education, labor economics, and econometrics, Bailey is widely regarded as one the nation’s leading authorities on community colleges. In 1996, he established the Community College Research Center at Teachers College with support from the Alfred P. Sloan Foundation. Bailey has also directed three national centers funded by grants from the Institute of Education Sciences: CAPR (2014–2019), the Center for Analysis of Postsecondary Education and Employment (2011–2017), and the National Center for Postsecondary Research (2006–2012). He has been the director of the Institute on Education and the Economy at Teachers College since 1992.

Bailey and CCRC won the Terry O’Banion Prize for Teaching and Learning at the annual conference for the League for Innovation in the Community College in 2013, and he was inducted as an AERA Fellow in the same year. He has been a member of the National Academy of Education since 2012. In June 2010, U.S. Secretary of Education Arne Duncan appointed him chair of the Committee on Measures of Student Success, which developed recommendations for community colleges to comply with completion rate disclosure requirements under the Higher Education Opportunity Act. Bailey has also served as a consultant to many public agencies and foundations as well as several state and local economic development and educational agencies.

Bailey earned his undergraduate degree in economics from Harvard University and his PhD in labor economics from the Massachusetts Institute of Technology. His papers have appeared in a wide variety of education, policy-oriented, and academic journals, and he has authored or coauthored several books on the employment and training of immigrants and the extent and effects of on-the-job training. With Shanna Smith Jaggars and Davis Jenkins, Bailey wrote Redesigning America’s Community Colleges: A Clearer Path to Student Success, which was published by Harvard University Press in 2015. Other books include Defending the Community College Equity Agenda (Johns Hopkins University Press, 2006), coedited with Vanessa Morest; Working Knowledge: Work-Based Learning and Education Reform (Routledge, 2004), coauthored with Katherine Hughes and David Moore; Manufacturing Advantage (Cornell University Press, 2000), written with Eileen Appelbaum, Peter Berg, and Arne Kalleberg; and The Double Helix of Education and the Economy (IEE, 1992), coauthored with Sue Berryman.